Sign In
Register
Are you a developer (or a speaker) looking to create an article for your game on the IndieCade Wiki? Check out this guide for Quick and Easy Article Creation.

ElemenTerra is a title featured during a previous IndieCade showcase (2015), and Indiecade 2019.

You are an Elemental, a caretaker of nature. When a strange cosmic storm decimates your isle, you must master new creation powers to revive its inhabitants and restore it to paradise!

Summon plants to provide food for creatures, reshape the terrain to form pathways that lead creatures to shelter, destroy troublesome rubble, and fly comfortably throughout an open world.

ElemenTerra began as a college thesis project, and has since blossomed into a 10-minute VR arcade game while working with Starbreeze Studio's indie publishing initiative. It’s a nature-themed, creative-action game with a message: “You can make positive changes to the world around you." 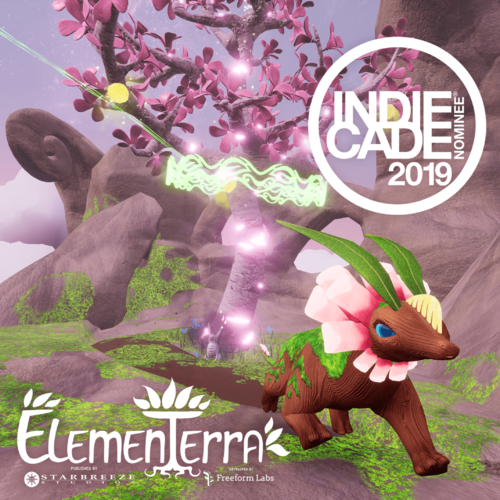